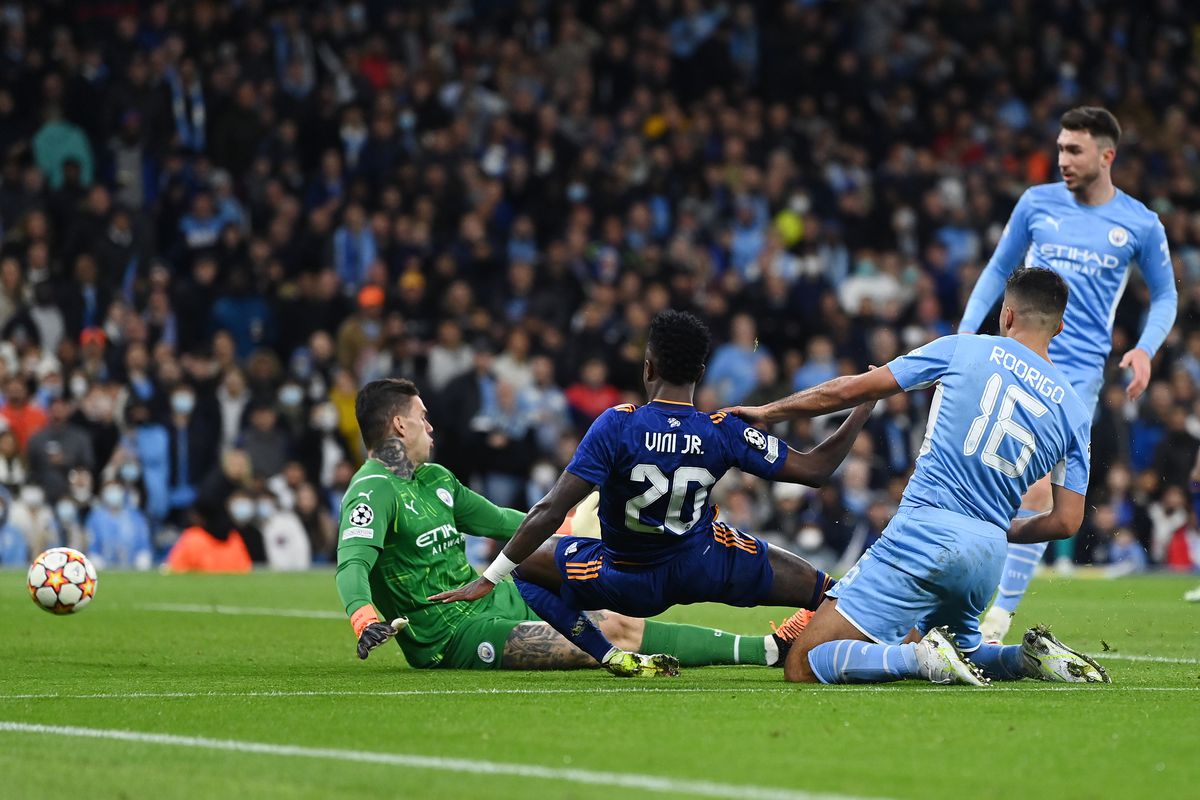 In their meeting of this leg of the semi-final on 26 April 2022 at the Etihad Stadium, Man City came face to face with Real Madrid and triumphed by winning 4-3. However, in their second clash of the semi-final of this year's UEFA Champions League, Real Madrid fought tooth and nail to turn the tables against Man City and come back from the precipice after their monumental loss.

Man City was in a decisive advantage on aggregate after winning the first leg of the semi-final and entered this match with confidence, with their place in the finals almost a certainty against Liverpool.

Man City played the game with the same speed and precision which they displayed in the first leg of the semi-finals. However, Real Madrid had other plans for this match and came out fighting, setting this match up to be one for the history books. Los Blancos pressed the Citizens hard and clearly frustrated Peps’s boys by leaving them no space to work with. Both teams were getting their opportunities to score, but failed to convert them in the first half.

Keep in mind that in the same encounter between two clubs in 2018, it was Real Madrid that lifted the trophy. This could be a perfect time to register with a bookmaker and gain a bet £10 get £50 free welcome offer to and turn those bonus funds into real money.

However, the second half started in the same way as the first, until Mahrez went past Courtois at the 73rd minute, putting Man City ahead with 2 goals on aggregate and 1-0 for the match. At this point, hope was fading for the home team and the UEFA Champions League finals seemed a distant dream. Man City’s place was all but guaranteed for another final as they had the previous year against Chelsea.

But just before the goal by Mahrez, Madrid manager Carlo Ancelotti made a substitution taking off Kroos and putting the young Rodrygo in. Madrid were now chasing from two goals behind in the remaining 17 minutes, hoping to send the match into overtime. However, In a moment of sheer determination, Rodrygo sent the ball to the back of the net at the 90 minute mark and then unbelievably again at 91 minutes, keeping Real Madrid's dreams alive of a spot in the finals against Liverpool.

Going into overtime, Man City was shocked as their hopes for a final playoff were now in danger of becoming a shattered dream. The match went into extra time and in the 95th minute Dias fouled Benzema, who stepped up to take the penalty. Benzema didn't hesitate and snatched the lead for Real Madrid in this two leg encounter, for the first time, by scoring his 43rd goal this season.

Thereafter, Real had to keep the City out of their nets till the final whistle blew, which was no easy feat for the now desperate Man City. With the final score 3 - 1 in Real Madrid’s favour, this is a match that will not soon be forgotten and might be a foreshadow of what is coming on 28 May in Paris when Real Madrid will now take on Liverpool to be battle for the UEFA Champions League silverware.

When Mohamed Salah was asked whom he wanted to see as an opponent in the final, he responded with Real Madrid. He just had his wish granted and hopefully will not regret it. After beating PSG, Chelsea and now Man City on their road to Paris, Real Madrid are in the Champions League final once again, being the most successful club in this competition.