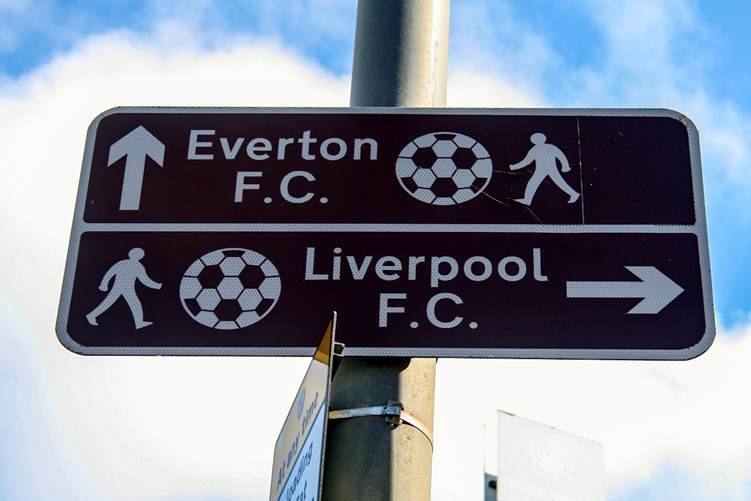 For Liverpool supporters, the victory will have conjured memories of past triumphs at the home of their city rivals. Read on, as we take a look at some of the standout results Liverpool have had at Goodison Park over the years.

We’re heading back more than 20 years for the first match on our list. Liverpool went to Goodison Park in a rich vein of form which would ultimately see them finish second in the Premier League table, but they needed some late drama to get the better of Everton.

Step forward Gary McAllister, whose cheeky stoppage-time free-kick caught everyone by surprise and nestled in the bottom corner, sending the away fans into a state of delirium.

Flash forward a couple of years, and Liverpool enjoyed a significantly more comfortable win over their rivals. Michael Owen was in top form, giving Liverpool a two-goal lead with a brace of strikes either side of half-time. The gloss was added by new signing Harry Kewell, who endeared himself to Liverpool’s supporters in the best possible way.

Liverpool enjoyed a Premier League double over Everton in the 2005-06 season, the first of which came on a wintry night at Goodison Park. Peter Crouch opened the scoring after just 11 minutes, the lanky striker rounding Nigel Martyn to slide the ball home. Steven Gerrard doubled the lead seven minutes later with a deflected strike into the bottom corner.

Everton got back into the game before half-time when James Beattie headed past Pepe Reina, but Djibril Cisse was on hand in the second half to restore Liverpool’s two-goal cushion and seal the victory.

There’s nothing like a last-gasp win against your great rivals, especially at the end of a hugely frustrating match. Liverpool toiled for 90 minutes when the two sides met at Goodison back in 2015, and it looked as though Klopp’s men were going to have to settle for a point.

However, when Daniel Sturridge’s stoppage-time shot cannoned off the post, Sadio Mané was on hand to pounce, lashing the ball home and sparking scenes of celebration in the away end.

For a long time, it has felt as if Liverpool have owed Everton a hammering on their own turf, and it duly arrived earlier this month. Klopp’s side were firm favourites on sites like Betdaq, playing with supreme confidence, and it wasn’t long before goals from Jordan Henderson and Mohamed Salah had established a two-goal lead.

Everton were given a lifeline before half-time when a defensive lapse allowed Demarai Gray to break through and score, but the second period was a procession for the visitors, with Salah and Diogo Jota adding further goals to give Liverpool’s fans plenty to cheer.