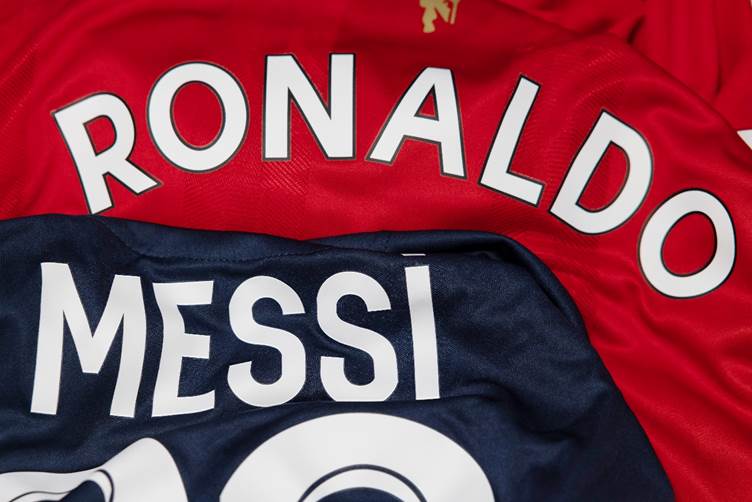 When we look back at this time in football, we really will have to pinch ourselves over the fact that we lived through Cristiano Ronaldo and Lionel Messi’s peak years. The two players have established themselves as two of the greatest footballers of all time, and the sheer volume of goals for their respective teams are proof that we may not see the like of them for generations.

So much discourse over the last decade or so has been based on who the better player is, Messi or Ronaldo? In truth, it’s a pointless debate. Instead, we should simply enjoy the two footballers whilst they are still playing. With Messi approaching his 35th birthday and Ronaldo having recently celebrated his 37th, it is only a matter of time before one or both them calls time on their respective careers.

Indeed, there has already been evidence that both players are gradually slowing down. With the two players having joined new clubs last summer — Ronaldo returning to Manchester United and Messi making the move to Paris Saint-Germain — and it’s fair to say that both have struggled to make as big an impact as they would have liked.

For Ronaldo, his glamourous return to the club where he truly ascended to world-class level has been a bit of a damp squib. He has notched 18 goals so far this season which is a decent return, but not at the same level of scoring he enjoyed at both Real Madrid and Juventus. Add the fact that United have been a club in turmoil this season, and it’s been a far from enjoyable time for the Portuguese international at Old Trafford.

Meanwhile, Messi’s time at Paris Saint-Germain has not exactly gone swimmingly either. There was a sense that the 34-year-old didn’t really want to make the move to the French capital last summer, but with Barcelona’s catastrophic financial situation making it impossible to keep Messi on the books, the Argentine was left with little choice.

It was hoped that his relationship with Neymar would lead to a fruitful attacking partnership, but Messi has struggled to produce the goods in front of goal, managing just eight goals in all competitions so far this season. A disastrous capitulation in the Champions League at the hands of Real Madrid despite PSG’s strong status in the live football betting has not exactly helped Messi’s fortunes.

After all these years, it seems as though age is finally catching up with Messi and Ronaldo. They no longer offer the same kind of dynamic presence that they did before, and it seems as though their respective changes of scenery have led to an acceleration of their decline.

There is still time for both players to recover their best form, and with the 2022 World Cup on the horizon, they’ll be desperate to make a meaningful contribution in what you’d expect would be their last World Cup.

At the moment though, Messi and Ronaldo look somewhat hollow. There are still flashes of brilliance, proof of the old adage that form is temporary and class is permanent, but those are fewer and farther between these days, and you have to wonder if we are witnessing the beginning of the end of their dynasty as the two greatest footballers in the world.